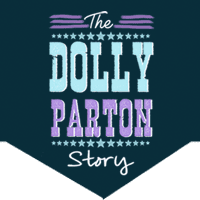 “Andrea, you were truly amazing, your voice and costumes were beautiful, we all loved you. We have seen Dolly live and you are on par with her. Thank you so much.”Linda French
“Such a talent, and such an amazing performance. Dolly is as infectious as are you Andrea! Thank you for giving your everything.” Steve French
“Just had to say “Thanks” for a wonderful night on Saturday. We missed out on the real Dolly at The Arena recently, but you performance was probably at least as good – and we had better seats!” Bill Lindsay
“What a great performance last night! Andrea you were amazing!”Calore Mallen
“Thank you for a fabulous show last night. I really enjoyed every aspect of it. It could not have been better. Take care and I look forward to seeing you and your fabulous band again.” Natalie Odell
“We had a fantastic night, you were amazingLynette Blacklock as Dolly.”
“It was an amazing night! The wonderful Andrea Pattinson “shone like a diamond” at her recent show at The Civic Hall at Whitehaven. We were bowled over by the amazing accuracy and the obvious work that had gone into the tribute show. As the audience came filtering in, the stage was very similar to Dolly’s own shows where the instruments and props adorn the stage in readiness. Andrea’s first moves onto the stage were to the familiar tones of “9 to 5” to the delight of the audience. The dress that Andrea had on was a duplicate of Dolly’s white shimmering sparkly version that Dolly wore and sang in for the first half o “Dolly In London” concert back in 1983. We know here at Dolly Part’ners, from talking to Andrea previously that this was a personal favourite item of clothing.
From the very start of the show Andrea took on the persona of Dolly and the show was very enthusiastic and professional. One of the highlights was the “Grass is Blue” which sent shivers down the spine as the crystal clear vocals cried out into the darkness of the hall. “Better Get To Livin” (taken from Dolly’s 2008 album “Backwoods Barbie”) was an absolute knock-out this was sung with wonderful style and accuracy. The instrumental parts in the song didn’t prove difficult to Andrea and the band as the audience rocked, danced and sang along to the familiar tunes. As Andrea sang the words “A girlfriend came to my house, started crying on my shoulder… I said if I had a violin, I’d play…” why, you would have thought it was Dolly herself performing the song.